A linear sequence of noir. Billed as a “Film Noir Love Story,” Max Payne 2 focuses on Max’s relationship with Mona Sax, the pistol-packing femme fatale who barely managed to survive her first encounter with our hero. In fact, Mona is one of the very few characters from the original who wasn’t killed off soon after being introduced, a trend Max Payne 2 tries to reverse with its more movie-like approach in its pacing. The budget for this title was through the roof, and Remedy’s partnership with Grand Theft Auto publisher Rockstar Games gave the production crew even more muscle.

Since the sequel freed writer Sam Lake from his responsibility of playing Max, he has crafted a script for Max Payne 2 three times the length of the original. The noir-inspired story is again powered by the infamous internal monologue that everyone seemed to either love or hate, with James McCaffrey returning as the voice of Max. The graphic novel sequences only appear between levels, not within them as was the case in the original. The idea is to drive the plot without breaking up the flow of the game, an approach that makes the game look even more cinematic with its motion-captured characters.

Clichés to the max

While the noir aspect in both games is decidedly tacky, the highly stylized slow-mo gun battles are just as exciting. It’s still an overheated third-person action game with superb graphics and art direction, a perfect level of difficulty that changes on-the-fly based on the player’s success or failure, and fairly varied environments. As with the first game, it’s all over way too soon. The few hours of singleplayer action, with the additional arcade game mode but no multiplayer, will leave many craving for more.

While the levels give you plenty of visual diversity, most of the game plays out like a “greatest hits” version of the original, with multiple “exploding/burning building” levels and a few eerie dream levels. There are of course a few original highlights, like when you play sniper or have to defend a guy in a cartoon suit from being killed. Then you get a couple of levels where you wander around talking to people, giving a nice break from the action. By and large the story campaign provides a visual tour-de-force of decay, looking very much like a foreign view of an existentially collapsing New York. 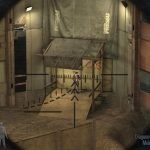 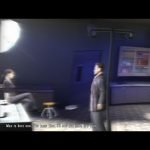 Reality can get a little warped when dreaming. 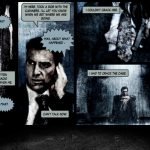 The combination of ragdoll physics and the booming sounds makes combat thoroughly satisfying. You often face off against more bad guys, and while their AI is nothing to write home about, it forces you to use the “Bullet Time” feature more often. Dodging sideways into a room and spraying bullets throughout is a good approach in both games, charging groups of people with “Bullet Time” enabled is your standard combat tactic in the sequel. And because bullets travel slower for that edgy Matrix look, you really have to take flight time into consideration when targeting bad guys.

Most of the criticisms of and praise for Max Payne 2 can be leveled at the original; in other words, if you loved the first game, chances are pretty good you’ll love the sequel, and if you were indifferent or disliked it, there’s little in the sequel to win you over. If anything, Max Payne 2 increases expectations by being such a superb overall production. It ups the ante on art and style by a good margin.